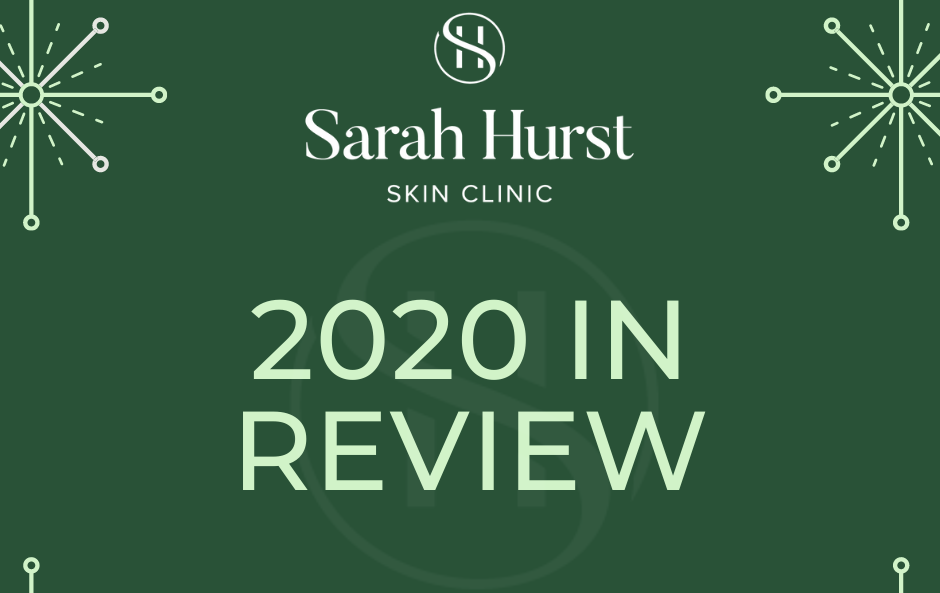 I’m sure the year 2020 will be forever remembered in history. We hope to carry on surviving whatever the next few months may bring for us and come through this even stronger on the other side.

I’m sure the year 2020 will be forever remembered in history.  How can we forget what has happened this year? Why should we? Big lessons needed to be learnt so that this hopefully never happens again.

The year began with us hearing mutterings of a new virus that had developed in China.  I don’t know about you, but I never anticipated what was going to come next.

By March we knew that this was big.  Far bigger than we had anticipated so far and fear also was a big feature.  We were working with people all day, every day and we were hearing terms such as “Super Spreaders” and we certainly didn’t want to be part of that.  My team were starting to get nervous.

On Friday 20th March, after a week of the situation changing rapidly day by day, we made a massive decision to close.  We felt that this was for the greater good of everyone, the team, the clients and ensuring that we did our bit to ensure that this wasn’t spread any further.  It was scary and absolutely devastating as we didn’t know what help we were going to get, if any, at this point and for me I wanted to protect my team and ensure that they were ok as well as ensuring that the business could survive.

The day after we closed a full national lockdown was announced for 23rd March.

It was also very difficult for me on a personal level as my partner is considered in the “vulnerable” group and we wanted to try and make sure that he was kept safe from the virus.  Our neighbours went away to their house in Wales for lockdown and let him use their house, so he, in effect went into isolation.

That first two weeks were intense.  Watching the news whenever possible to ensure that I kept up with what was happening and the measures that were being put into place.  It was such a massive learning curve for all of us.

I want to keep this blog clear of political views and hoax theories.  All I want to say here is, thank goodness for the support that we have received in terms of grants etc.  Although we have struggled and we continue to struggle, without these we would have sunk a long time ago!

I am happy to talk about mental health though.  I think it’s so important to be open about these things so that other people don’t feel so alone.  When we hit lockdown I felt absolutely burnt out, fed up and generally negative.  I could have slept for weeks I felt.  I was overwhelmed and overwrought.  My partner, James, was also feeling in a really dark place because he felt so isolated next door.  My son arrived home.  He had been doing an adventure of a lifetime, travelling the world overland and suddenly he had to take a plane from Turkey, along with his American girlfriend and come into lockdown with us.  My daughter also came home from London where she is studying.

It was a big change for everyone and we had to learn to live together and in such a new way.

We all felt like our lives were being lived out on Zoom, which seemed to fast become the new way to communicate.  Mentors and coaches started up groups and we shared loads of ideas and generally supported each other through these new times with all our businesses closed and working out how to make money.  As Directors, there was no help on offer for us.

My whole family found it very hard, both my son and daughter suffer with mental health issues as well as my partner who was really struggling being isolated so in the end we decided it was best for him to come home.  Also, our neighbours were selling up so he couldn’t stay there for ever.

I personally used lockdown to really work on myself and I did a lot of yoga, meditation, hypnotherapy and worked with a couple of mindset coaches.  This really helped so much and I have reached where I am now with a very different mentality.

When it was announced that we could open again in July, I was ecstatic.  3.5 months of closure and we needed to get back to work.  However, the government stepped in again last minute and despite opening hairdressers we were told that we couldn’t open.  This was an enormous blow and I have to admit that this was when my main meltdown occurred. Not just because we weren’t allowed to open, but the few barbers that I saw open on that first day were already breaking the rules in regards to PPE and that really didn’t help anything at all. Things weren’t set to get much easier either.  We were allowed to open a couple of weeks later on Monday 20th July, but as long as the treatments were on the body and not on the face.  This wiped out 80% of our work.

We were hoping to fully open by the beginning of August but we still weren’t allowed.  I decided to go away camping for a few days.  However, during this time, my 87 year old mother had a fall and wasn’t found for 36 hours.  She very sadly passed away a few days later on the 9th August.

We were preparing for reopening as we were informed that we could open again on Monday 17th August for all services.  It was the hardest thing to be back in work, trying to reopen, coping with grief, and organising my mother’s funeral.  Not a place that I want to go back to.

Risk assessments had become my way of life.  It seemed to be all that I worked on.  Looking at the guidelines and working out what we needed to do to ensure everyone’s confidence and safety.  We have been really complemented on the measures that we have in place and I feel far safer here in the clinic than I do in most other places that I have entered.

We closed for the month of November again, so 2020 brought us 5 months of closure and it’s not looking that great as 2020 is draws to a close.

What is absolutely paramount is the amount of support that I have received from my team and the support we as a team have had from all of our clients.  We hope to carry on surviving whatever the next few months may bring for us and come through this even stronger on the other side.  However, we couldn’t do it without all of you who visit, buy from us, rebooking your appointments (which helps us not look at a worrying, empty diary), and generally supporting us in any way that you can.

I just want to thank every one of you for everything you have done.  I hope that Christmas brings a certain amount of festivities and that 2021 is a much better year for us all.

A new breed of digital nomad

The pandemic has freed many workers from the confines of the office, leading to the emergence of a new breed of digital nomad – people who can take their laptop, jump on a plane and set up a remote ‘office’ somewhere exotic.

Keeping an eye on business

When I started my career in finance, the entrepreneurs I met were, on the whole, male. If a woman launched her own business, it was lauded as something unusual. Think back 30 years and the same females spring to mind, such as Anita Roddick and Laura Ashley.

Should employers consider an employee’s private life when assessing their suitability for a role?

We thought it was interesting that last month the Director General of the Independent Office for Police Conduct (IOPC) said that recruiting must become “more intrusive and diligent” in order to prevent “baddies” from being hired.